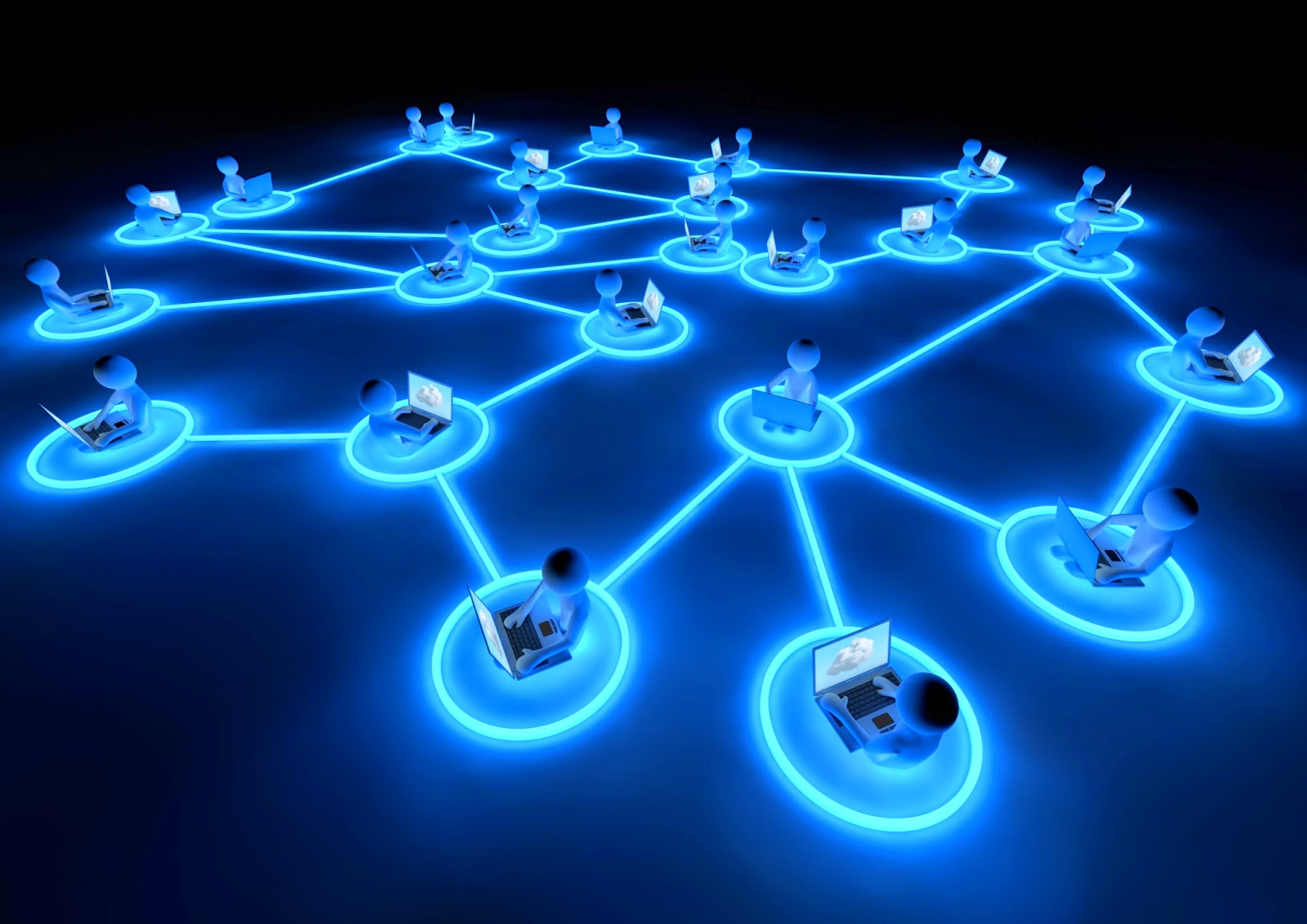 In a New York Times oped, George Mason University economics professor, Tyler Cowen claims that the answer to income inequality in America might well be more and better computer technology.

Applying technology in smarter ways could bring down the costs of education and medical care. "We can easily imagine medical diagnosis by online artificial intelligence, greater use of online competitive procurement for health care services, more transparency in pricing and thus more competition, and much cheaper online education for many students, to cite just a few possibilities. In such a world, many wage gains would come from new and cheaper services, rather than from being able to cut a better deal with the boss at work."

Income gains, he suggests, are limited now by lack of computer skills. "Not everyone can work fruitfully with computers now. There is a generation gap when it comes to manipulating electronic devices, and many relevant tasks require knowledge of programming or, more ambitiously, the entrepreneurial skill of creating a start-up. That, in a nutshell, is how our dynamic sector has concentrated its gains among a relatively small number of employees, thus leading to more income inequality."

But simpler "human-computer interfaces" such as computers that respond to spoken commands will open up new job opportunities, such as supervising smart robots on the factory floor.  Income inequality could also lessen as emerging nations like China and India begin to innovate products that are now expensive and make them cheaper.

Cowen's argument in general is that income inequality is not structural, as Thomas Piketty famously wrote, but a product of an application lag in technology and the ability of many people to use this technology.  His conclusion: "growing inequality is highly contingent on particular technologies and the global conditions of the moment. Movements toward greater inequality often set countervailing forces in motion, even if those forces take a long time to come to fruition. From this perspective, rather than seeking to beat down capital, our attention should be directed to leaving open the future possibilities for innovation, change and dynamism. Even if income inequality continues to increase in the short run, as I believe is likely, there exists a plausible and more distant future in which we are mostly much better off and more equal. The history of technology suggests that new opportunities for better living and higher wages are being created, just not as quickly as we might like."

This analysis, hardly reassuring to begin with, and clotted with all its meaningless buzzwords, is wrong on so many levels it's hard to know where to begin, as should be obvious to anyone who lives in the actual world rather than the economics world.  But for a cogent blast of cold water, there's Jacob Silverman in The Baffler which exposes the actual dark side of the computerization of everyday life, including the rise of digital slavery.

I don't mean digital addiction, I mean working for nothing, or next to nothing, which Silverman describes in detail.  We know about the digital sweatshops but most of those are abroad.  He writes about digital slavery in America: 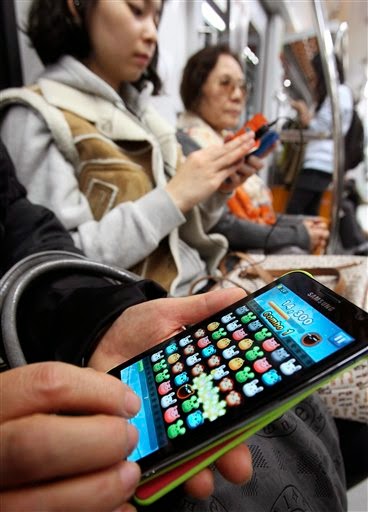 "Increasing numbers of people receive their instructions from, and report back to, software and smartphones. Whether operating a bin selector in an Amazon warehouse or freelancing from a coffee shop, many Americans work long days without having contact with other human beings—neither coworkers nor supervisors. (There are no subordinates for this class of workers.) Everything they do is tracked, because efficiency is the sine qua non. Some of them work for online labor markets like Elance, oDesk, and Amazon’s Mechanical Turk, which offer micro-jobs that can be done remotely, with little to no training. They complete surveys, tag photos, and transcribe interviews, for pay of a few dollars per hour or at a piecework rate of little more than a few cents per task...These labor markets depend on a kind of internalized offshoring."

Contrary to Cowen, computer literacy isn't confined to well-paid professionals.  It is the structure of the market, as well as the devious propaganda of the tech giants, that enslaves people and keeps their incomes down.  And it's all done automatically, without apparent human intervention, as so much in the world as wired now is:

"The software facilitating this transaction acts as the ultimate mediator; the employee and the employer never have to deal with one another directly. Payment can be unreliable and is wholly contingent on the employer accepting the laborer’s product. If the former doesn’t like what he receives, he can simply reject it and not pay the worker for his time. Contract employees have no chance, in this setup, to appeal or to revise their work."

According to Silverman, this is the real meaning of "crowdsourcing." Moreover, it is building into the market an increase in income disparity, by paying a lot of people a little, and forcing them to compete with each other, forever:

Companies begin to think in terms of short-term spending rather than long-term investment, as borrowing and hiring both atrophy. More and more of us are forced to be contingent laborers, freelancers, crowdsourced volunteers, or “permalancers” always on the lookout for more opportunities, always advertising ourselves through social media and public networks, knowing—with a sense of generalized suspicion—that our public utterances on social media may influence our future job prospects. Risk assessment algorithms may already be parsing our social media profiles, pooling information to be used in a future background check." 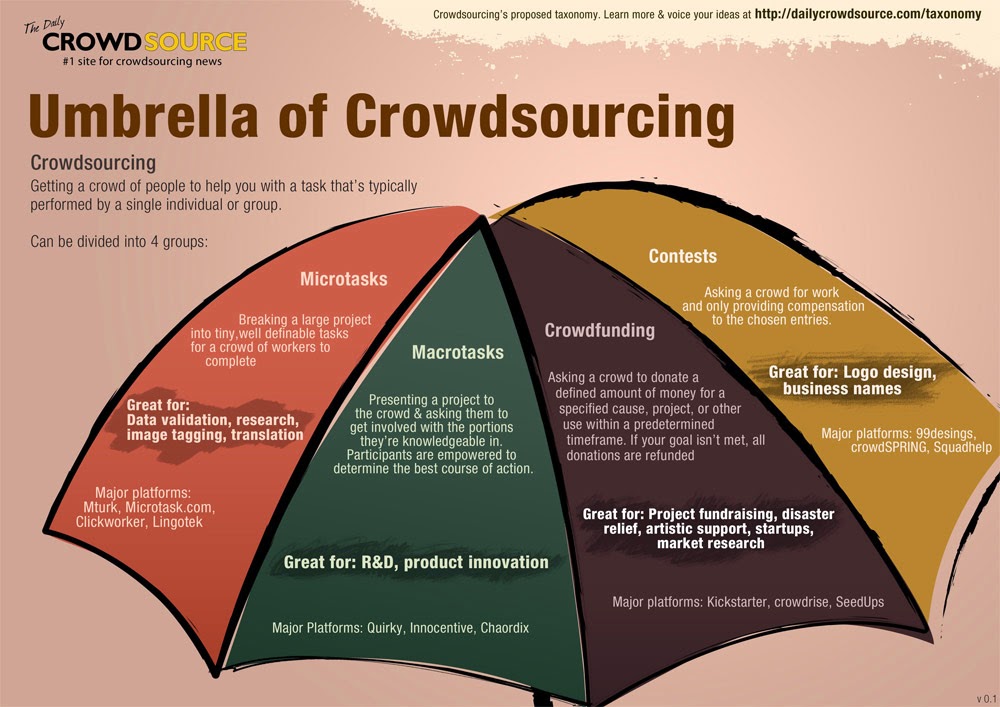 A lot of this, Silverman writes, is being sold to people as a libertarian ideal, when it is pretty much the opposite: "Workers, in turn, have more mobility and a semblance of greater control over their working lives. But is any of it worth it when we can’t afford health insurance or don’t know how much the next gig might pay, or when it might come? When an app’s terms of service agreement is the closest thing we have to an employment contract? When work orders come through a smartphone and we know that if we don’t respond immediately, we might not get such an opportunity again? When we can’t even talk to another human being about the task at hand and we must work nonstop just to make minimum wage?"

So far in history, capitalism has been unable to survive without slavery somewhere.  With the slaves of the South and elsewhere, slave labor in South American mines, industrial wage slavery, outsourced and piecework slavery in the digital age. Update: Slavery exists in prison labor; the state of California has officially argued it needs prisoners for their slave labor. That's a problem capitalism doesn't even recognize, so of course it has no solution.

Meanwhile, it consumes the planet like the mindless mechanism it is, when people with minds refuse to see the problem.
Posted by Captain Future at 12:00 AM 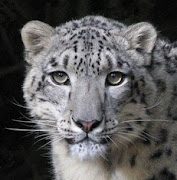 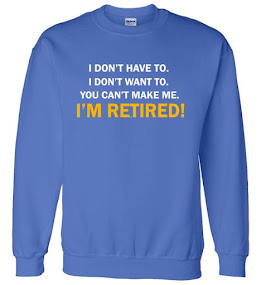